The farrowing pen from Vissing Agro is designed so that both sows and piglets have optimal conditions throughout the whole lactation period. Great care has been taken to provide the sow as much freedom of movement as possible while piglets have quick and easy access to the sow’s teats regardless of their size.

The width of the farrowing crate can be adjusted as needed and according to the size of the sow. During farrowing it is recommended to adjust the farrowing crate to a narrow position for optimum protection of the newborn piglets. After 4-5 days the crate can be readjusted to allow more space for the sow and piglets while nursing. The crate can be provided with tiltable bars which control the movement of the sow and prevent crushing of the piglets. The back gate of the farrowing crate is designed with telescopic adjustment that provides amble space and freedom for the staff while working inside the pen. The trough comes in stainless steel with a volume of 21 liters. The piglet creep area can be provided in plastic or water resistant wood with a front edge and a hole for a heating lamp for maintaining a warm environment. The piglet creep area itself is adapted to the size of the farrowing pen and automatic opening of the cover can be provided additionally. 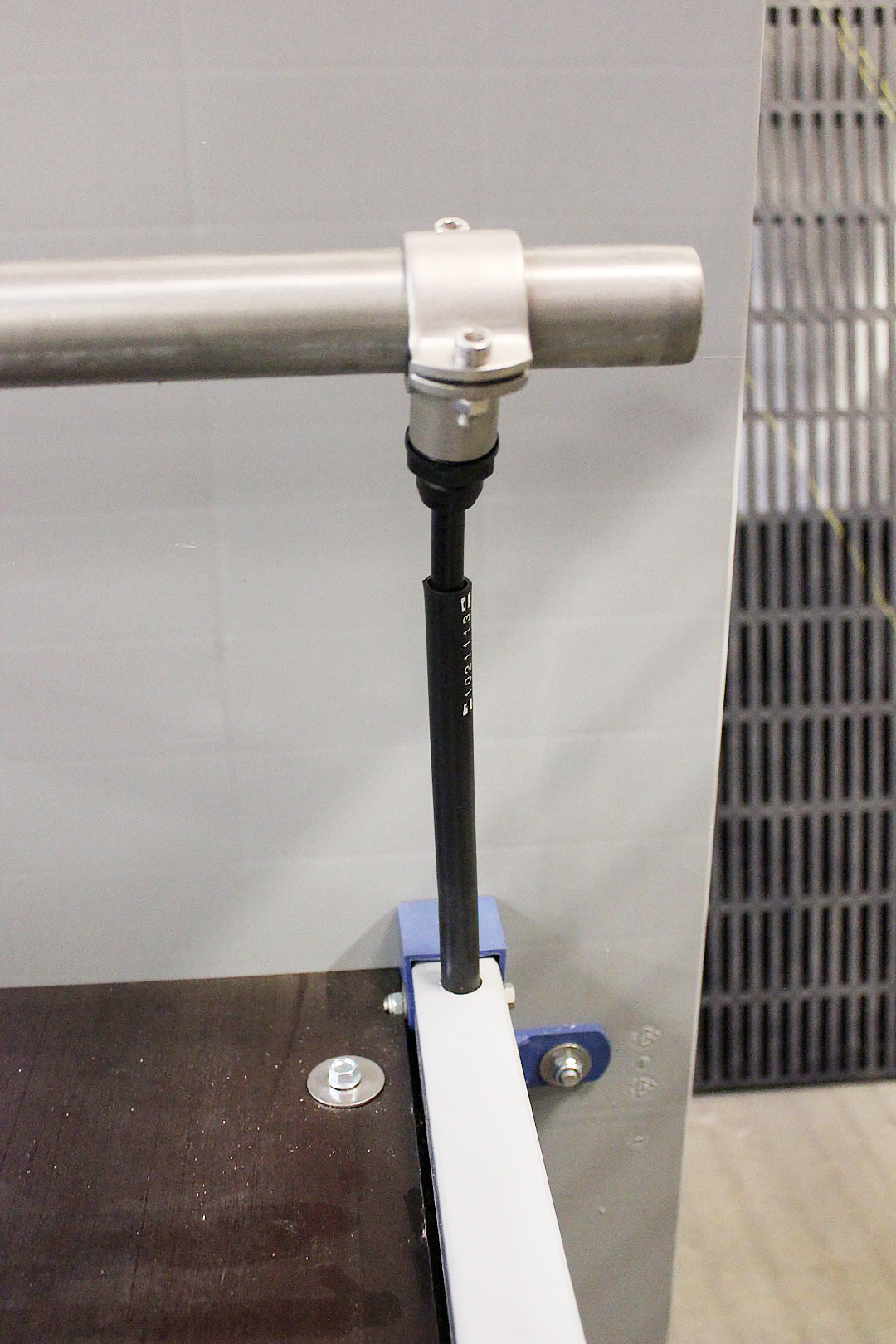 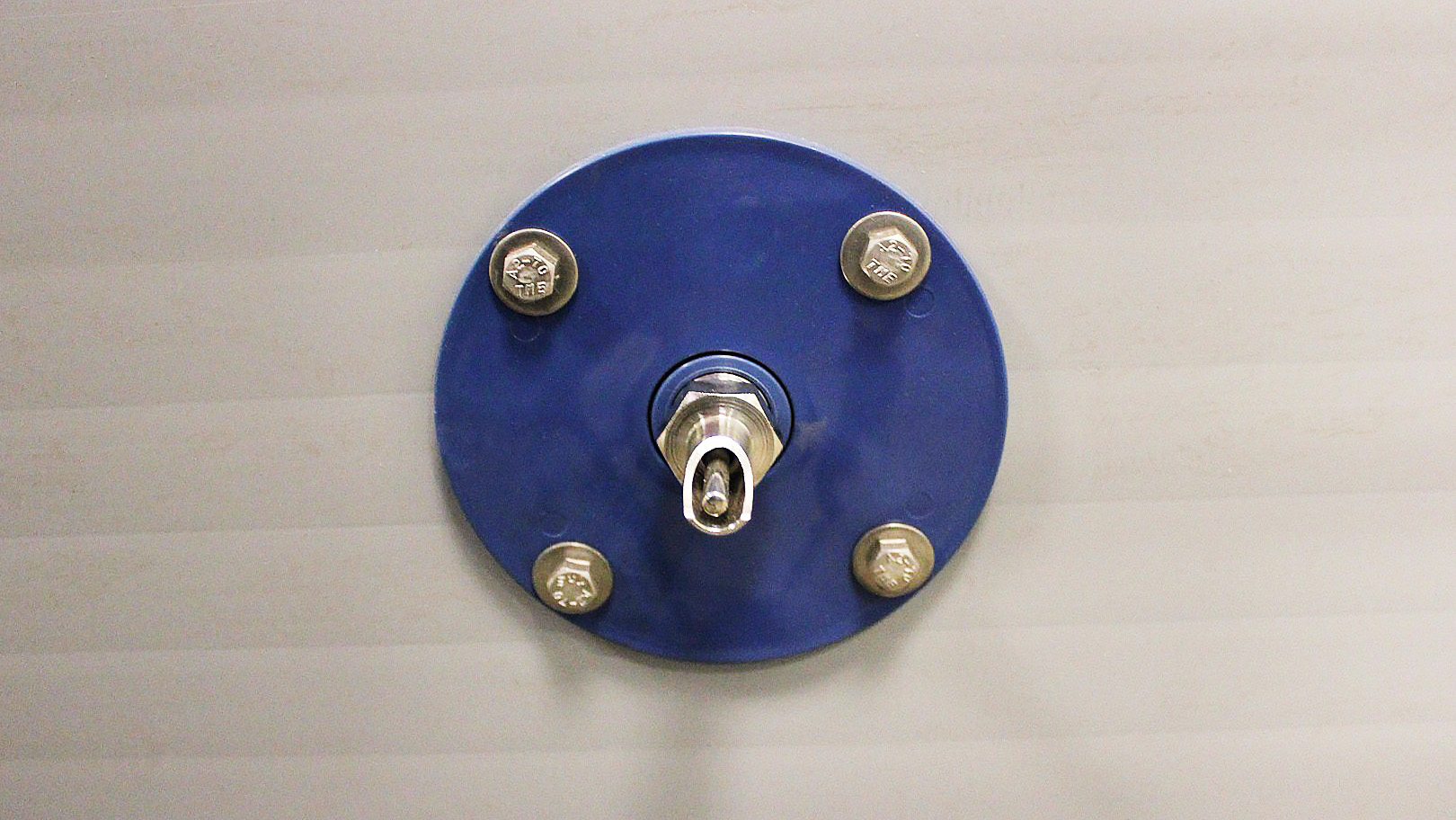 The OPTI-farrow pen is designed to provide the sow freedom to move around the pen while protecting the newborn piglets from being crushed. The pen includes a farrowing crate that allows the sow to be confined during the first 3-4 days after farrowing while protecting the piglets from being crushed. After this period the crate might be opened to provide the sow freedom to move. The crate is designed according to the space requirements of today’s large sows while optimizing access to the udder for the piglets providing them with the best growth conditions. The piglet creep area is provided with a retractable plate which makes it easy to keep the piglets protected in the creep area and facilitates handling and treatment of them. The creep areas is located next to the walkway making it easy to inspect and treat the piglets without the sow adversely affecting handling of the pigs.

Designed with high welfare, for both sow, piglets and staff in mind.

OPTI-farrow II is a farrow pen developed for loose sows and with optimal protection of the newborn pigs. The pen is designed according to the latest German requirements. The farrowing pen is equipped with a farrowing crate to control the sow’s movements – typically the first three to four days around farrowing. The crate can be opened for greater freedom of movement for the sow. It is placed diagonally in the pen and is designed for the space requirements of today’s large sows while providing amply space for nursing large litters. The liftable front plate in the creep area makes it easy to treat and protect piglets from the sow’s movements. The creep area is positioned so that the cover and front plate can be operated from the walkway. This location makes it easier to monitor and treat piglets without interference from the sow. In addition, biosecurity is improved when the staff does not need to enter the pen. 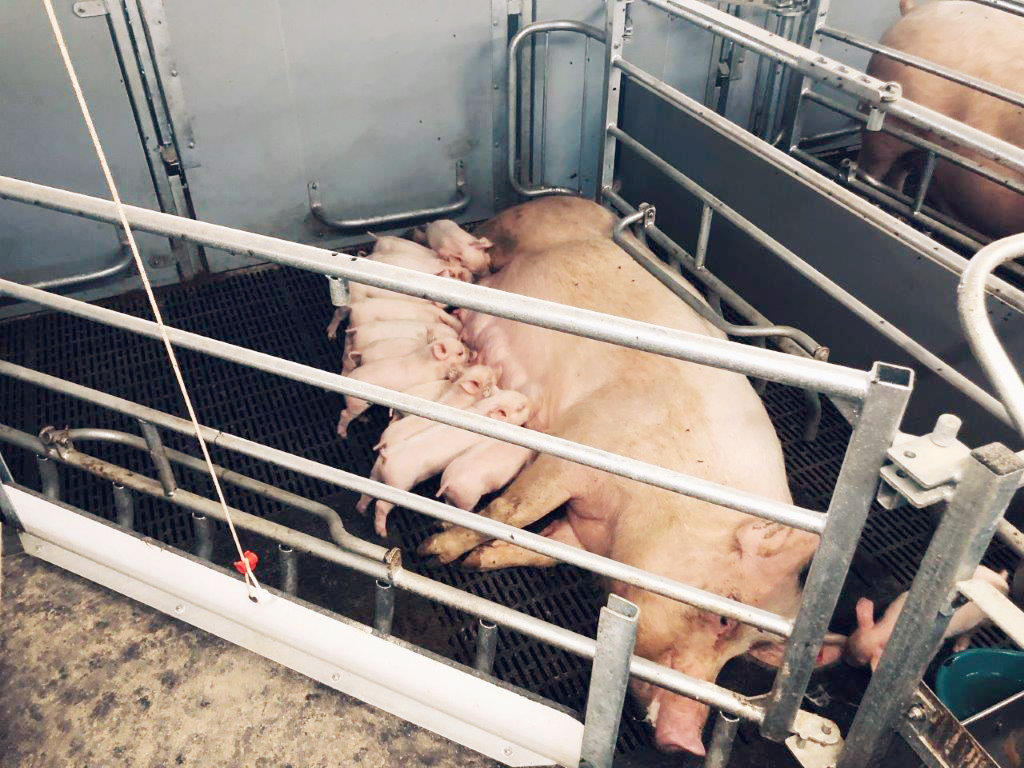 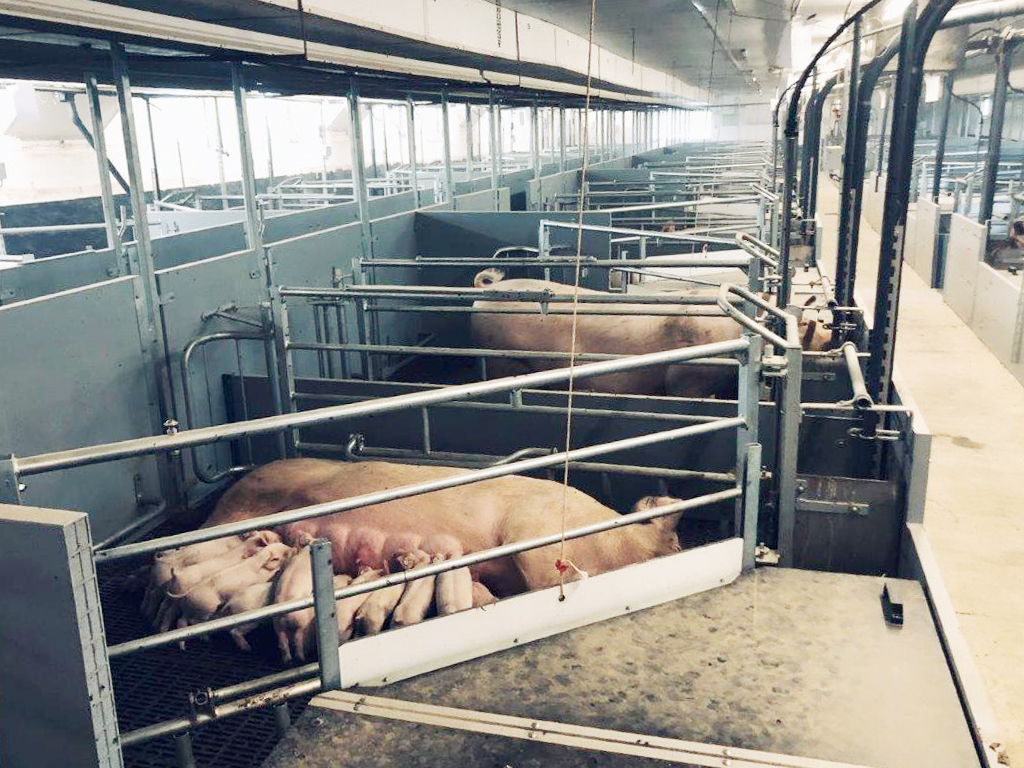 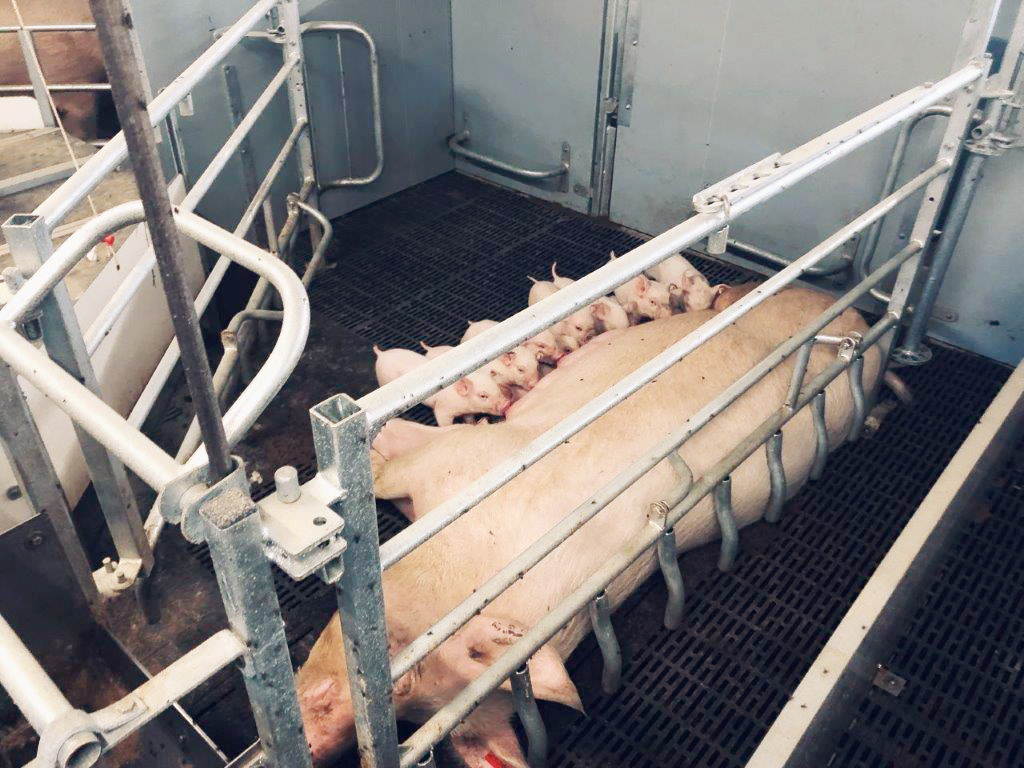 FT-30 is a penning system designed especially for the farrowing and weaning period. The sow gives birth and is moved from the pen about 4 weeks later while the piglets remain in the pen until they reach a weight of around 30 kg. This procedure results in less stress because pigs are not moved to a new environment and mixed with other pigs after weaning. Therefore, healthier living conditions with a lower infection pressure and increased growth might be expected. It is recommended that the pen be designed with double floor heating and room heating to create an optimal environment for animal welfare and growth. In addition, the pen is provided with two-climate system designed to meet the pigs’ environmental requirements before and after weaning. Sows and piglets might be fed separately. The pen might be provided with ad lib dry feeder or trough for liquid feeding.

Model A “Wing up” – The farrowing crate is raised to a vertical position which in one step converts the system into a weaner pen with two climate system.
Model B “Nordic” – The farrowing crate is opened and one side is moved in front of the piglet creep area after 3-4 days while the other one is moved towards the pen barrier converting the pen to a system for loose housed sow until weaning. After that it works as a two climate system for the pigs. 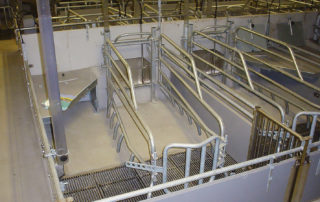 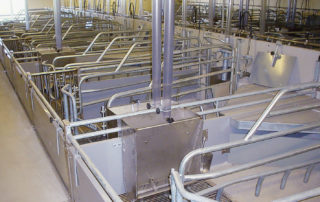 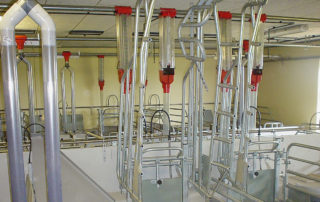 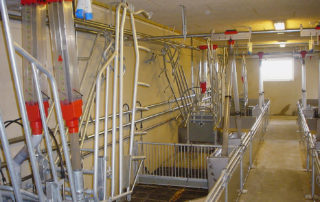 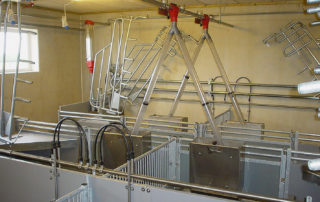